With the new year just starting, I was hoping to catch up on my book hauling!  This is a group of books that I ordered from BookOutlet last year, and I didn't have the time to haul! 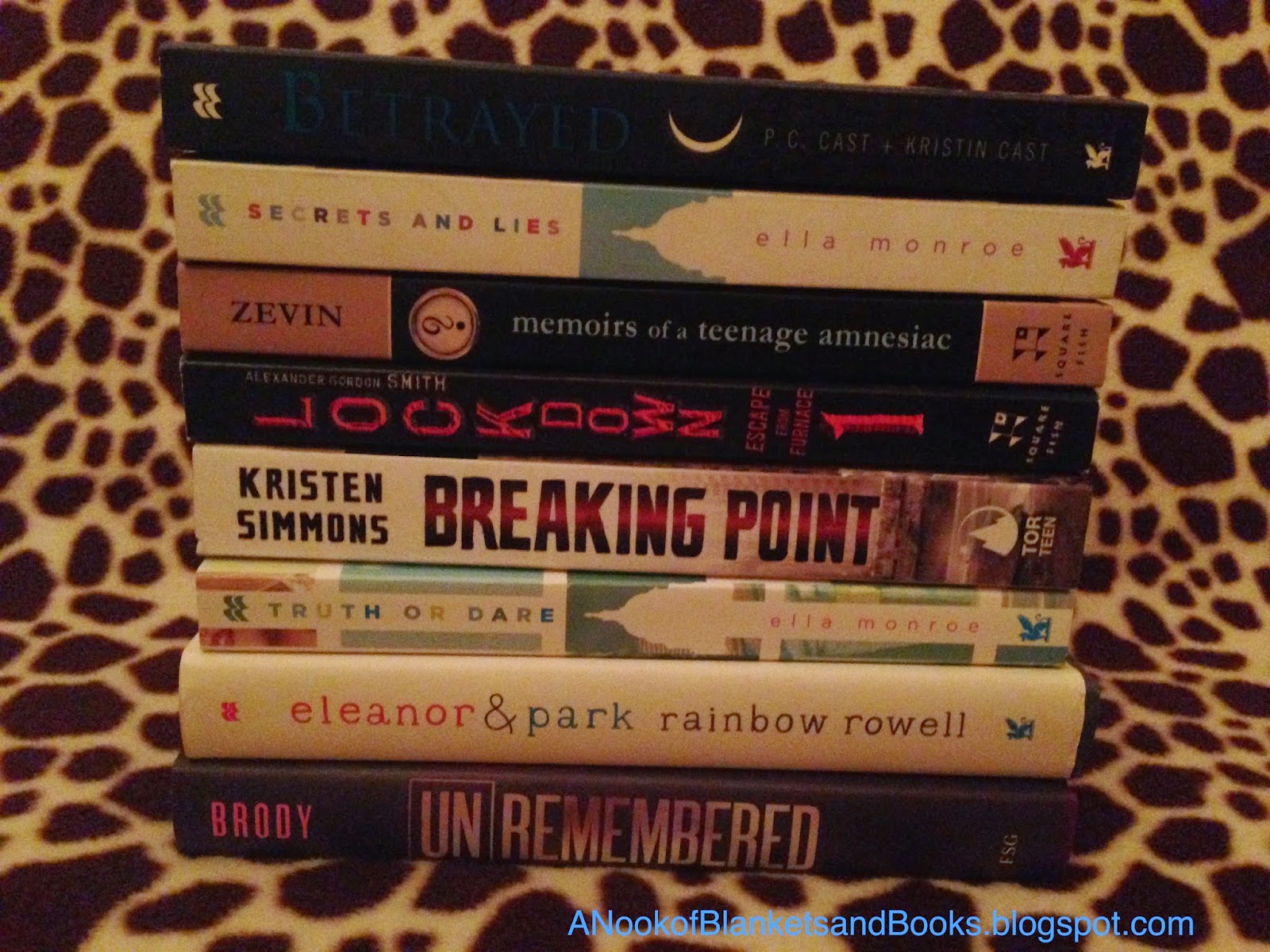 So I bought the first book in this series back in my May book haul, and for some reason I decided that I would pick up the second one without starting the series first.  Haha!  I usually don't do this - I like to make sure that I like a series before I pick up the sequels.  However, I know that this series contains several books, so I thought I should pick up the next one while it was on sale!

Secrets and Lies by Ella Monroe

I know I just said that I don't typically buy other books in a series without starting the first one, but this is another exception.  Oops!  I bought the first book in this series and hauled it recently, but the next 2 books in this series were like $1.50 each, and I couldn't resist!  Especially since it has a political element to it...I love that!

The Memoirs of a Teenage Amnesiac by Gabrielle Zevin

I have heard quite a few good things about this book, and the description made it seem like a fun novel, so for the price, I decided to give it a try!  I haven't read anything by this author before.

This book sounds so good!  It kinda reminds me of The Maze Runner (although I haven't yet read this book), but I think this centers around boys that are trapped in a penitentiary.  I didn't realize that there are like 5 books in the series though...

I read Article 5 a while back, and I have wanted to pick up the second book in the series for a while.  I finally did, and this book is actually on my Project 10 list!

Truth or Dare by Ella Monroe

This is the 3rd book in the political series I mentioned earlier.  See the 2nd book, Secrets and Lies, above for the excuse as to why I needed this. :)

Obviously this book.  Haha!  I have wanted to read this book forever, and when I saw it on BookOutlet, I knew I had to get it!  I still haven't read anything by Rainbow Rowell.

I don't think I have heard too much about this book.  I think I may have seen someone haul it before, and it peaked my interest.  So I thought I would check it out!


Have you read any of these books?  What did you think?

FTC Disclaimer:
All items mentioned were purchased by me.  This is not a sponsored post.  All opinions are my own.  No affiliate links were used.

Laura
Welcome to my Book Nook!! When I can, I love to snuggle in with a good book and immerse myself in a fascinating story. Through my reviews and hauls, I hope that we can chat and recommend books to one another! :) Follow me on Twitter! @BlanketandBook Follow me on Instagram! http://instagram.com/blanketandbook